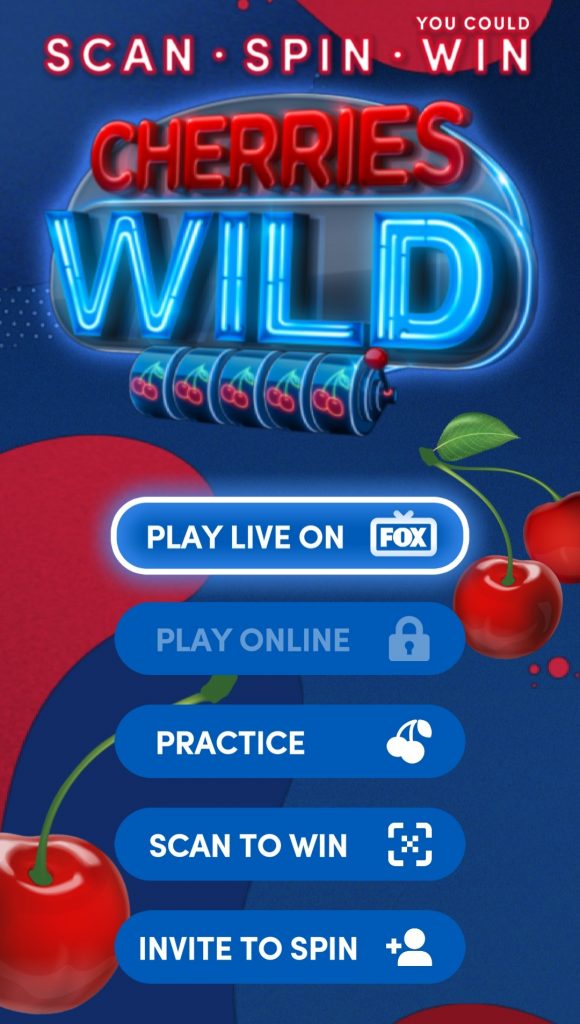 Cherries Wild, a new game show on FOX hosted by Jason Biggs, will debut Sunday, February 21 at 6pm. If you love trivia, then this one is for you!

Fans will get a taste of the show's excitement and drama through a custom CHERRIES WILD mobile app that allows fans to play alongside show contestants in real time and against other viewers at home.

For fans that want to brush up on their pop culture trivia skills between each episode, or just want to try their quick luck, the CHERRIES WILD app also offers a virtual slot machine, evergreen multiplayer trivia and instant prizing unlocked by scanning specially marked Pepsi Wild Cherry packaging.

Anyone, anywhere looking for a chance to win will now be able to get in on the "CHERRIES WILD" action any day of the week.

NO PURCHASE NECESSARY. A purchase will not increase your chances of winning. Promotion begins at 12:00 AM ET on 1/24/21 and ends at 11:59:59 PM ET on 4/17/21. Open only to legal residents of 50 US/DC, 18+ (19+ AL/NE) years of age. For Official Rules, including how to enter, free method of entry instructions, odds, prize details and restrictions, visit wildcherry.prizelogic.com. Void where prohibited. Subject to Official Rules. Msg&data rates may apply. Sponsor: Pepsi-Cola Company, 1111 Westchester Avenue, White Plains, NY 10604. An entrant cannot participate solely by scanning the code.

Start your day off right with a Celsius! Did we me

We love our sip eat and REFRESH micro market! Wh

Today, we honor the legacy of Martin Luther King,

THIS GIVEAWAY IS NOW CLOSED! Thank you all for ent

A new year calls for a new drink! Try STARRY, our

We are so excited for everything to come in 2023!

Y’all go vote to enter Brown Bottling in the Le

The perfect midday pick me up while getting your C

The countdown to Christmas has officially begun…